And the Oscar goes to… Teekay Offshore

Teekay Offshore became a 2019 Gullkronen winner, taking home the Green Initiator of the Year statue for the E-Shuttle concept.

Rystad Energy’s ‘Gullkronen’, also referred to as ‘The Oscar’s of the Norwegian oil and gas business’, honours companies, teams or people who have shown outstanding achievements on the Norwegian Continental Shelf.

Teekay Offshore became a 2019 Gullkronen winner, taking home the Green Initiator of the Year statue for the E-Shuttle concept. This new generation of shuttle tankers, six of which are currently under construction, has the ability to use LNG as main fuel and recovered VOC emissions as supplement fuel. The resulting reduction of bunkering requirements and CO2 emissions in the area of 50% makes Teekay Offshore’s E-Shuttle the most environmentally friendly shuttle tankers ever built.

The Gullkronen jury was impressed by the joint industry effort and the close collaboration along the value chain, resulting in new innovative solutions with a significant green impact, stating that ‘the winner has developed ground-breaking technology systems’ and ‘shown commitment to the concept that will impact the design of the global shipping fleet in the future.’ 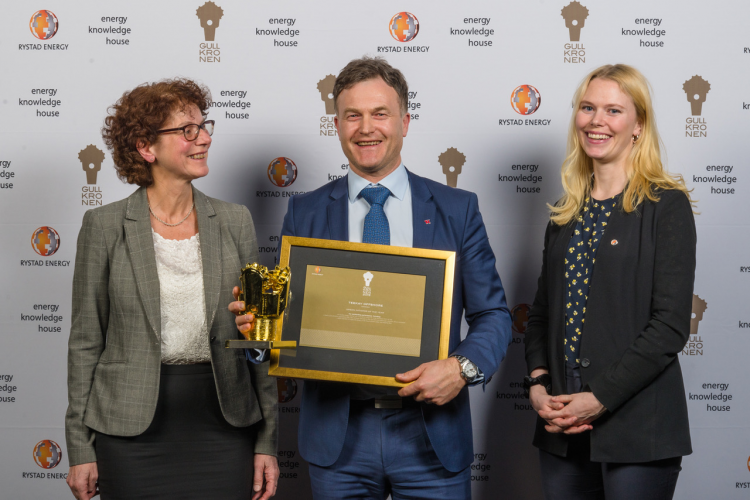 Visit Site
By using this site you agree to the use of cookies for analytics and personalized content.AcceptRead more